Be A Pack Leader 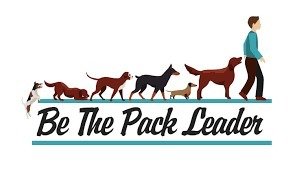 In nature, dogs run in packs, led by a leader, called an "alpha." In your home, you want your dog  to consider you the alpha. This article, based on a posting by Heidi  Dahlin, describes how to establish and maintain your alpha status.

If your dog is aggressive or dominant, start slowly. A sudden display of alpha behavior to a dog who considers himself the alpha will be seen as a challenge and the dog may choose an aggressive course of action.  For instance, if you take the dog's food away, something which an owner needs to be able to do, you could be bitten if the dog does not yet  see you as alpha.

If you do not know if your dog has an alpha temperament consult a dog trainer or do some reading (see the ForPaws  Reading List). Asserting dominance over an alpha dog without understanding more about how an alpha could cause serious consequences, including  a very serious dog bite. Do not make the mistake of thinking that a  dog won't bite you! Most dog bites are the result of the dog feeling fearful and with enough fear arousal even a mild-mannered dog has the capacity to bite.

Julianne Stovall said: "...The more I learn about training, the  more I realize it depends so much on BOTH the dog and the owner as to  what will work. Techniques that are almost like magic with one dog are  useless or damaging for another. A trick that one person uses naturally  and positively can be ineffective, or even destructive, when another person attempts it. The only training technique that is truly universal  is learning to read your dog." 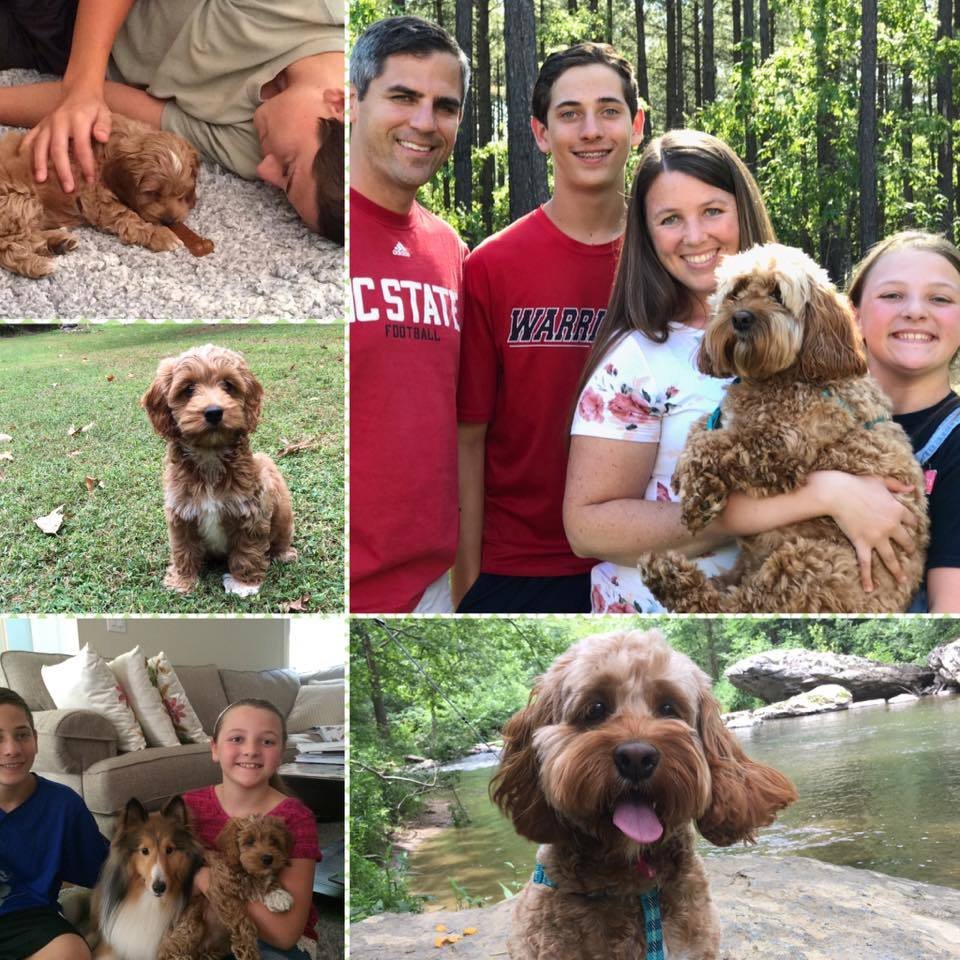 Here are some practical suggestions on dog care that will help reinforce your alpha position. Most of these are things all dog owners should do anyway.

Go to obedience training classes if you haven't done so already, or  have done only a little. We recommend classes that teach positive training, using praise and treats, as opposed to methods that emphasize punishment.

Dogs should understand that they depend on you, the leader. No free-feeding.  Feed once or twice a day and take the food away after 10-15 minutes.  It should be very clear that you are the food-giver.

"Nothing in life is free." Treats must be earned. Require at least a sit or a simple trick every time your dog receives a treat.

Leaders eat first. Sit down, eat your breakfast or dinner, and only  then give dog its food.

Leaders go first. When going through a door, gate, or other opening, you go first. Have the dog do a sit-wait or down-wait. If the dog doesn't know wait/stay yet, block the entrance with your body to keep the dog from rushing past you.

Leaders control where and when. When you send the dog out and you're  not going, have the dog sit and wait; then let the dog go when you say.  Don't open the door until he's sitting properly. 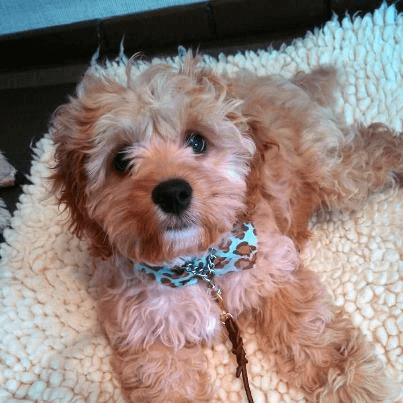 Leaders control territory. Is the dog lying in the middle of the hallway   and you have to step around him? Is he sitting in your favorite chair and you sit elsewhere instead? Make him move. It's YOUR territory. Nudge dog in hall with your foot (no kicking!) so he moves. Lead him off the chair, then sit there. And, if the dog is really alpha, work on going out of your way to make him move from where he is. Remember to keep it non-confrontational, especially when you are still establishing your pack position. If he starts arguing, save this method for later.

Leaders mean what they say. Avoid giving a command you can't enforce.  When you give a command, enforce it. "Sit!" (low firm tone  no begging, squeaking, yelling). Issue no further commands if the dog doesn't obey. Instead, use proper training techniques (e.g., scoop the butt under) to help the dog with the desired behavior — then praise liberally.

Leaders are winners. Don't play any game you can't win. Tug-of-war seems like great fun but every time the dog gets the rope, he is thinking,  "I win! I am in charge!" Don't play that game with any dog.  Don't rough-house a pushy dog. If you do play games with toys, make  sure you, not the dog, determine when the game is over. End the game before the dog is tired of it. Put the toy out of reach then, don't  leave it with the dog or on the floor.

If your dog loves to fetch, make your dog bring the ball to the leader,  not three ft away so you have to step forward. The dog has to bring  the toy to your feet, or to your hand, promptly drop it and back away   or drop in your hand when you request it. No bring, no play.

Leaders also end affection. Give your dog lots of love and attention  but be attuned to the pushy dog who demands it constantly. It might  be an alpha move. If a pushy dog keeps asking for something, time after time (play ball or keep petting me), refuse. Place the toy out of reach   and ignore requests. The same goes for pets who demand constant petting.  Ignore the requests.

For pushy dogs, no sleeping on your bed. That makes him consider himself an equal, not a subordinate.

NEUTER! All those rushing hormones don't help at all.

Leaders have access to subordinate dogs' bellies. The belly is vulnerable and making it available to you is an act of submission. Do belly rubs with the dog belly up. 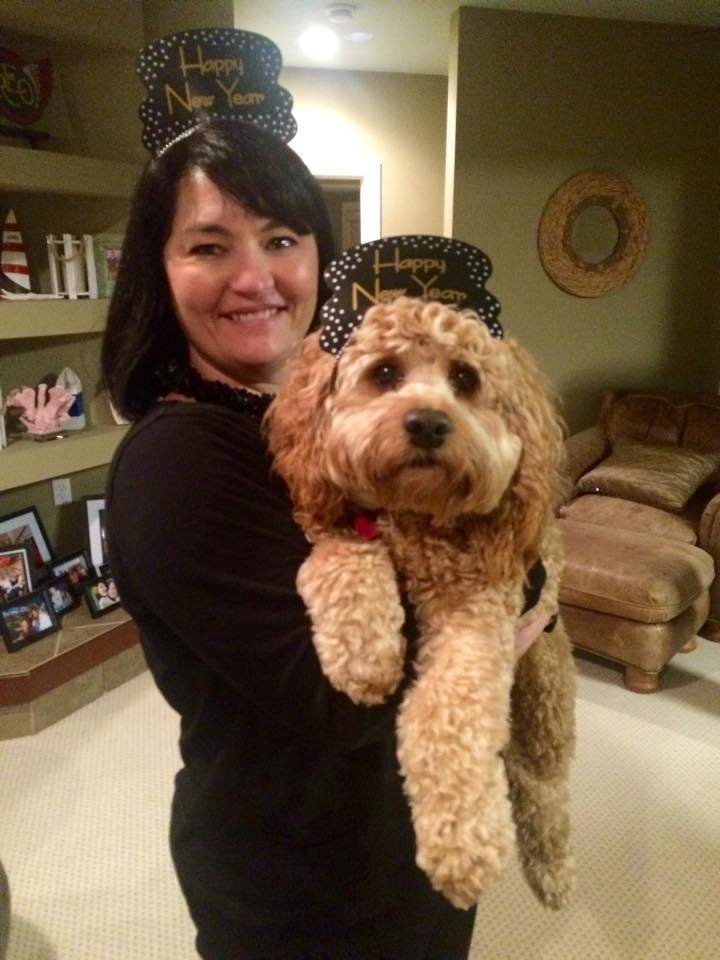 Straddle your dog while grooming, petting.Do lots of grooming/massage. Regular grooming/massage is good. Lots of touching is very good. When you first begin this, watch the dog very carefully. Some dogs are sensitive  about being touched in certain areas. Proceed very, very gradually — it commonly takes much longer than you would expect. It often takes many months and at times you'll seem to make negative progress. But be patient; this is very common. Pushing an edgy dog past its comfort level is a  way to get bitten if you're dealing with an assertive, or a particularly shy dog. If this is an issue, be sure to get advice and assistance from someone knowledgeable, such as an obedience trainer.

Gradually work over all of the dog's body parts so he's used to everything  being touched. You should be able to handle feet, ears, toenails, balls, and stick your fingers in mouth and ears. All dogs should not object  to any body part being touched. Visiting kids wouldn't know not to touch  those toes — so you want the dog thoroughly desensitized. This is especially important for a puppy. It's sometimes tough with an older dog that already has a particular sensitive spot he's sensitive about.  Work on it a bit at a time.

Down  is a subordinant position. Do long down stays every day, but make sure you can always keep your eye on dog. Enforce rigorously: No breaking that stay!

Dogs understand body language. There was a show on the language of dogs last night on the Discovery channel. Alpha dogs stand erect, with ears, head, and tails up. They do not wag their tails. They stare directly  into another dog's eyes. They place their paws on a subordinate dog's shoulder or back. An important piece I had missed before was that the alpha allows subordinates to lick their face and mouth. They showed a man who owned a pack of wolves, and he said if the alpha does not let the underlings lick their face and mouth, it confuses the whole pack.

You maintain your alpha stance via:

Leaders are kind. Understand that a dog isn't a human. If you lose patience or have had a bad day, quit. There is no way your dog will understand you are in a mood.

Leaders never, ever hit. The old school approach of swatting a dog  with a newspaper does not work. It creates fear and a sense of being cornered — a recipe for disaster. Even yelling is counterproductive and possibly dangerous. If you find yourself becoming upset, take a break.

Leaders rule simply and react with immediacy. Remember the dog has a simple mentality. You: "Dog, come!" (Dog is busy with squirrel, doesn't come). When dog finally comes, you punish him. To you, you just punished  him for not coming. To him, you just punished him for coming! Oops! Think immediate action/reaction with dogs.

Leaders are consistent. Consistency is everything to a dog. They thrive on rules, repetition, and ritual. They don't understand why you said one thing one day and mean it, then not the next. Keep it black and white — no shades of gray.

"A leader is best when people barely know he exists. Less good when they obey and acclaim him. Worse when they fear and despise             him. Fail to honor people and they fail to honor you. But of a good leader, when his work is done, his aim fulfilled, they will all say: 'We did this ourselves.' "